So, last weekend was the NC Makerfaire. We're getting a post together showing how that went, but in the meantime, here's a post about the other area makerfaire–Burlington Mini Maker Faire. As alwasy, it was a blast.

At our table we had a ton of projects members have been working on, ranging from a homemade Operation style game made from a Lego mini figures box and other lego parts to a the newest version of an open source evolution rig, producing bacteria that create various useful proteins. 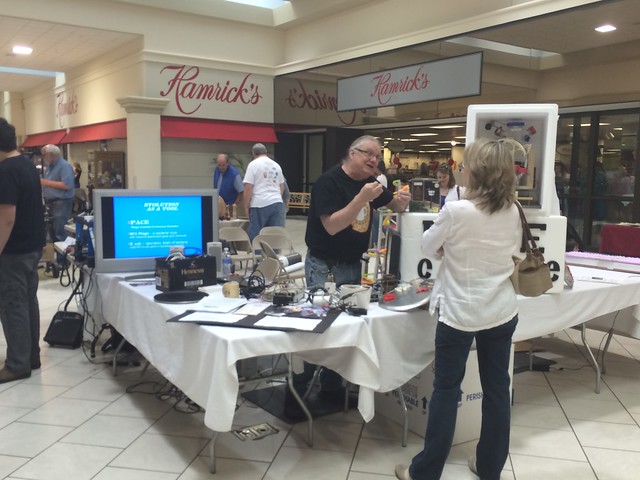 We also had our usual 3D printer display, some papercraft, and the 3D printed thumb piano we posted about before. 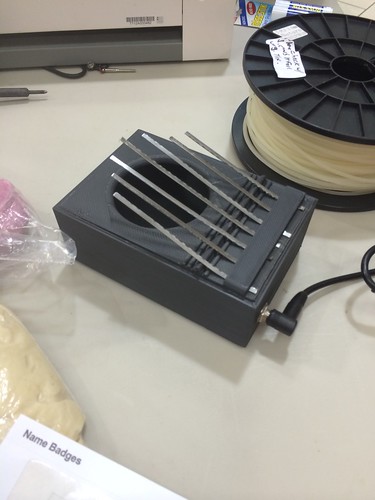 But the big draw at the mini maker faire isn't any one table. It's the sheer display of making on display from all over the region.

There were robots playing ball. There were steampunk props. There was a family showing off their daughters' Mindstorms robots.

Speaking of Mindstorms, Efland Cheeks Elementary had their own table, showing off their Mindstorms collection and squishy circuits. 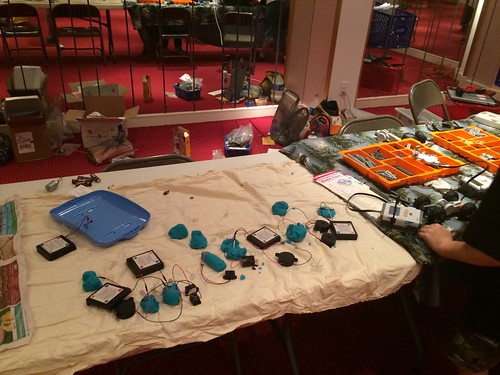 The Makerfaire even had blacksmiths, with small portable forges. 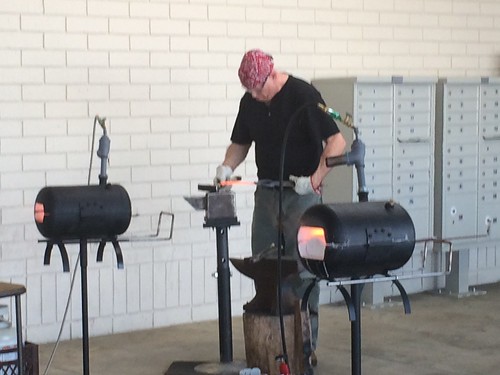 And last, but not least, the Alamance Maker's guild table had musical tesla coils.

The Mini Makerfaire was really something. If you didn't make it out this year, make sure to get it on your calendar for next year.